Pierlot is one of today’s more thoughtful Bach interpreters and his Ricercar Consort respond with ever more intensity. 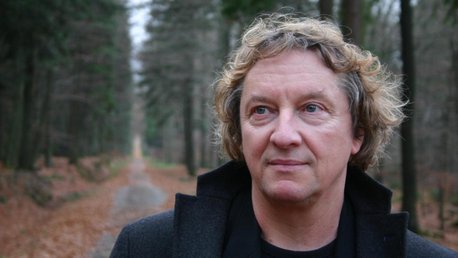 Ricercar, to seek, has been the underlying motto of the Ricercar Consort ever since its foundation.

It was in 1985, with J. S. Bach’s Musical Offering, that the ensemble made its first concert tour, having already acquired a solid international reputation with its recordings, notably in German Baroque cantatas and instrumental music.

Today, under the direction of Philippe Pierlot, the Ricercar Consort continues to explore the Baroque repertoire, from chamber music to opera and oratorio, and to enthral music-lovers with performances that are both profound and rigorous.

Philippe Pierlot was born in Liège. Autodidact on the guitar and the lute, he turned his attention to the viola da gamba, which he studied with Wieland Kuijken. He is the director of the Ricercar Consort, and devotes most of his work to the seventeenth-century repertoire, in which he has offered the public a chance to discover many composers and works of great artistic value.

His repertoire also includes contemporary works, a number of which have been dedicated to him, and he is one of the few performers to play the baryton, a little-known instrument for which Haydn composed nearly 150 works.

He has edited and revived a number of operas, including Monteverdi’s Il Ritorno d’Ulisse (given at the Théâtre de la Monnaie in Brussels, Lincoln Center in New York, the Hebbel-Theater in Berlin, and the Melbourne Festival, among other venues) and the Sémélé of Marin Marais, and also Bach’s St Mark Passion.

His most recent recordings on the viola da gamba have been devoted to St Colombe and will be issued in 2019.

Philippe Pierlot teaches at the Brussels Royal Conservatory and in his hometown Spa, organising master-classes and seminaries, as well as concerts for young artists.